Don’t Be A Butthead

Editorial of the Day

Democrats Make It Impossible To Have Empathy

Derek Hunter
Empathy is an important human emotion, but sometimes people keep repeating the same stupid mistakes that make it nearly impossible to continue to give a damn about them. Someone suffering severe headaches, for example, can cause a serious empathetic response from people, but that goes away quickly, and likely forever, if you discover that person continually hits themselves in the head with two-by-four. There comes a certain point when any emotion – empathy, sympathy, whatever – becomes counterproductive. When it comes to Democrat voter groups, I’m long past that point.

The odds of you knowing someone who is or was self-destructive are pretty high. I’ve known plenty – people who drink too much, someone who smokes too much, steals, cheats, whatever – hell, I’ve been many of those things when I was younger too. People grow out of it or become consumed by it, very few maintain it throughout their lives. But sometimes, it’s a mentality passed on from generation to generation. That’s how I view people who vote for Democrats in major cities across the country.

In college, I lived in Dearborn, Michigan. Where I lived was represented in Congress by John Dingell. He represented the district since the Earth cooled. First elected in 1955, he finally retired in 2015. Before him, that district was represented by John Dingell Sr., from 1933 till 1955. Upon Dingell Jr.’s retirement, the district was represented by Debbie Dingell, John’s widow. When John Jr. was contemplating retirement, all the talk was about who would replace him: his wife, or his son Christopher, because all that matters is that last name, not ability, character, anything. So when Debbie leaves…

oly on the Mayor’s office starting in January 1962. The shell of what remains should serve as a reminder of the failures of unfettered liberal policies, and maybe it does…but it hasn’t made a difference in anyone’s voting habits.

No level of crime, no spike in violence or depth of economic depression has shaken the loyalties of Detroit voters from their Democrat masters. The complete and generational failure of the education system hasn’t done a damn thing either. Nothing will.

It’s not just Detroit, where beautiful skyscrapers sit empty, vacant and rotting, where this loyalty exists. Name a major city and you find the same thing. You’d be hard-pressed to walk a mile in San Francisco without stepping on half a dozen used syringes and in several dozen piles of human waste, yet not a single elected Democrat in the city fear anyone taking their job outside of the rare primary challenge.

Prosecutors are elected across the country on the promise that they will not enforce most of the laws on the books, expressly not the job of a prosecutor, yet they will win reelection easily. In Philadelphia, District Attorney Larry Krasner has overseen a massive spike in crime, particularly violent crime, and he just won his primary in a walk.

Meanwhile, the Philadelphia City Council just voted to “ban” pretty much all traffic stops, short of running over pedestrians. Why? In the name of “racial justice,” of course.

As these cities continue to fall apart, teetering on collapse, it’s tempting to feel badly for the residents. I don’t. I used to, I just can’t anymore.

They vote for this, they elect these idiots who implement these asinine plans and policies. New York City was once like them, and is well on its way to being again. But in between, there was a respite; an anomaly where things were turned around. It was the election of a Republican, Rudy Giuliani, that turned the city around. You’d think other cities and states would learn from this, but you’d be wrong.

Virginia has the chance to elect a Republican next month, but they’ll likely return a Democrat hack to the Governor’s mansion. They’re relatively insulated from the economic damage of other liberal states because the federal government funds so many of its residents, but the suffering of those people in non-economic ways will continue and grow. The school system, for example, will continue to make sure students are well-versed in proper pronoun use, even if they suck at reading and math.

I don’t care anymore. When someone punches a wall and breaks their hand, as I’ve done, you don’t feel sorry for them because they stupidly did it to themselves. When someone’s neighborhood deteriorates or crime spikes as property values collapse, remember they voted for it. As long as they do that, who gives a damn how much suffering they inflict on themselves?

Cartoon of the Day 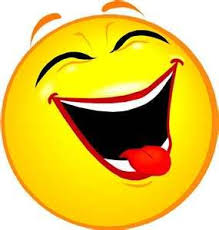 Laff of the Day

What The MSM Doesn’t Want You To Know 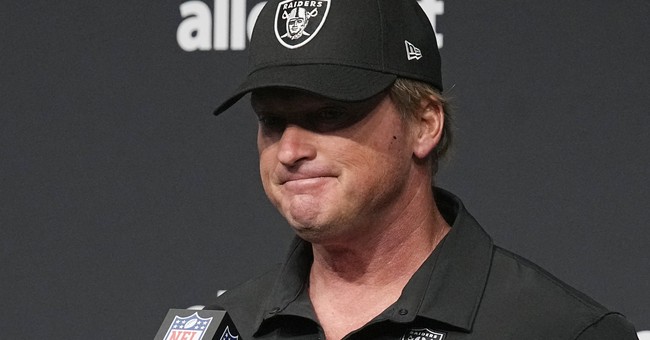 The NFL has betrayed us again, this time with the God-awful firing and public lynching of Las Vegas Raiders head coach Jon Gruden.

But why should the way the NFL treated Gruden surprise anyone? After all, the NFL is always wrong about everything.

Actually, it’s clear the NFL’s whole goal in life is to throw their own customers under the bus while courting people who have never watched NFL football and never will.

Remember the recent TV ads reporting that “(t)he NFL is gay … lesbian … bisexual … transgender.” Really? Is that who sits in the stands? Is that who lives and dies with NFL football? Is that who bets on games?

The people who love football, who live and die with NFL football, are overwhelmingly just like me. And we’re just like Gruden. We’re rough, tough, macho, disciplined, take-no-crap, patriotic, primarily white, male, middle-class Trump voters. There, I said it. Like it or not, that’s the raw truth …

The NFL’s main customer base is Trump voters.

One other thing NFL fans have in common — we believe actions speak far louder than words. We believe sticks and stones can break your bones, but words can never hurt you. We watch what a man does, not what he says. We don’t hide in “safe spaces” over words.

Hey, NFL, want to know what your own customers think? We don’t care what Gruden said in private emails from 10 years ago. This was a witch hunt. This was a shameful public lynching of a Super Bowl-winning coach. Somebody had it out for Gruden. They wanted to ruin his life. They wanted to end his career.

I’m guessing the guilty party is the pathetic, bleeding-heart, liberal NFL Commissioner Roger Goodell who was filled with rage when he found out Gruden called him a “pu–y.”

Gruden made a big mistake. He should have sat down with his team’s owner and said, “Hell no, I won’t resign over words, in a private email, from a decade ago. I’m coming out of the closet. I self-identify as Hillary Clinton.”

Those should have been your magic words, Jon. “I am Hillary Clinton. I am woman, hear me roar.” End of witch hunt. You’d have been celebrated the next day for being the first openly transgender coach. They’d have thrown you a ticker-tape parade down the Vegas Strip. ESPN would have awarded you an ESPY Award for courage. The Raiders would have built you your own bathroom.

As a bonus, the NFL would have erased your emails. Clinton erased 33,000 emails upon getting a subpoena from Congress. Not a word was ever leaked from Clinton’s 33,000 emails. The media blacked out the story. Gruden just needed to become a liberal woman.

Here’s how the NFL’s most loyal customers really think. If we’re now firing coaches for words in private emails, then let’s investigate everyone.

We demand Goodell release all his emails from the past 10 years. You think the Commissioner never uttered a shocking word about owners or players? 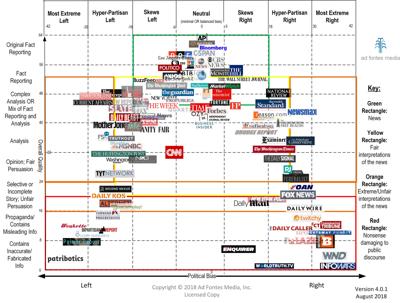 Infographic of the Day

Meme of the Day