The Plan to Make Trump and America Great Again 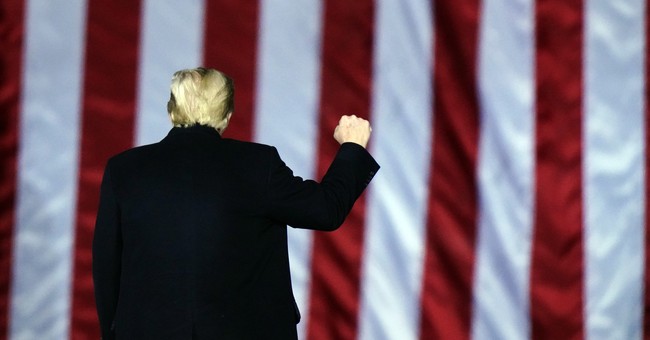 I am the author of the bestselling book “TRUMP RULES.” My book identifies the top 10 rules that made former President Donald Trump one of the greatest winners in world history in business, branding, real estate, celebrity, television, publishing and politics. Trump is the only person in world history to reach the pinnacle of all of those fields. And the only person to become both a billionaire and president of the United States. It’s not a bad resume.

Many critics think Trump’s winning streak ended with a presidential loss. I disagree. I know the man. I understand the man. I know what comes next. It may be Trump’s greatest chapter yet.

Simply because Trump is relentless. He may be the most relentless human in world history. The secret to Trump’s success is “the art of the comeback.” Every time he is given up for dead, he makes the biggest comeback yet. He never gives up or gives in. He finds a way to turn lemons into lemonade. You can’t beat someone like that. You can’t bet against someone like that. As I always say, NBAT: Never Bet Against Trump.

Before I get to the details of the comeback, let’s define “winning.” Trump’s critics think he just lost and, therefore, he’s no longer a winner. Not true. Back in 2016, Trump won the biggest upset in political history. This time around, he added 11 million new votes. His 74 million votes were the most votes for any incumbent president in America’s history. Trump also received more votes than any Republican in history.

Nonetheless, Trump lost and Joe Biden won. Democrats, RINOS (Republicans in Name Only) and the “fake news” media all believe Trump is finished. So, now it’s time for the greatest comeback in history — for Trump and America.

Here’s my game plan for how Trump can make Trump and America great again.

First, Trump must become the kingmaker of the GOP. The Trump Army is 74 million strong. The Republican Party belongs to Trump. He should remake the party in his image.

In some ways, his defeat was empowering. As president, Trump couldn’t get rid of RINOS and never-Trumpers, because he needed their votes. But from the outside, he can remake the party, elect allies and end the careers of the GOP traitors who stabbed him in the back. Are you listening, Rep. Liz Cheney?

Trump should recruit, endorse and campaign for Trump Republicans in each GOP primary where they’re running against RINOS, never-Trumpers and backstabbers. Seventy-four million Trump voters will vote for his chosen candidates in GOP primaries. By 2022, the GOP will be 100% remade in Trump’s image.

Secondly, Trump should spend the next four years fixing voter fraud at the state level. Trump should recruit his billionaire buddies to put up hundreds of millions to attack this problem. Trump’s goal should be to reform election law in just the handful of states that cost him the election: Pennsylvania, Georgia, Michigan, Wisconsin, Nevada and Arizona.

If Trump spends his time, money and focus on reforming election laws in those six states, the GOP will be back in business in 2022 and 2024.

Thirdly, Trump needs to raise billions from his billionaire backers to build TMN: Trump Media Network. That should include a national cable TV network; a national talk radio network; a new version of Drudge Report (called Trump Report); and conservative versions of Twitter, Facebook, Instagram and YouTube. Conservatives will never again have to depend on the mainstream media or Silicon Valley to broadcast their news and opinions.

Only Trump has the money, brand and fundraising ability to change the media and social media landscape like this. And think of the amazing bonus: Not only will 74 million Trump voters have permanent places to communicate but if we all move away from mainstream media and social media, they will collapse. Trump will cripple his enemies and put many of them out of business.

Lastly, here’s one more idea: Trump, run for Congress in 2022. Pick any GOP-friendly district in Florida, where you’re loved, primarily one run by a RINO who stabbed you in the back. You’ll win the primary by a landslide. Since it’s a GOP district, you’re guaranteed victory in the general election. Once in Congress, after the GOP has regained control in the midterms and most of the candidates are loyal to you, you’ll be elected speaker of the House. From that platform, you can lead the impeachment of President Biden.